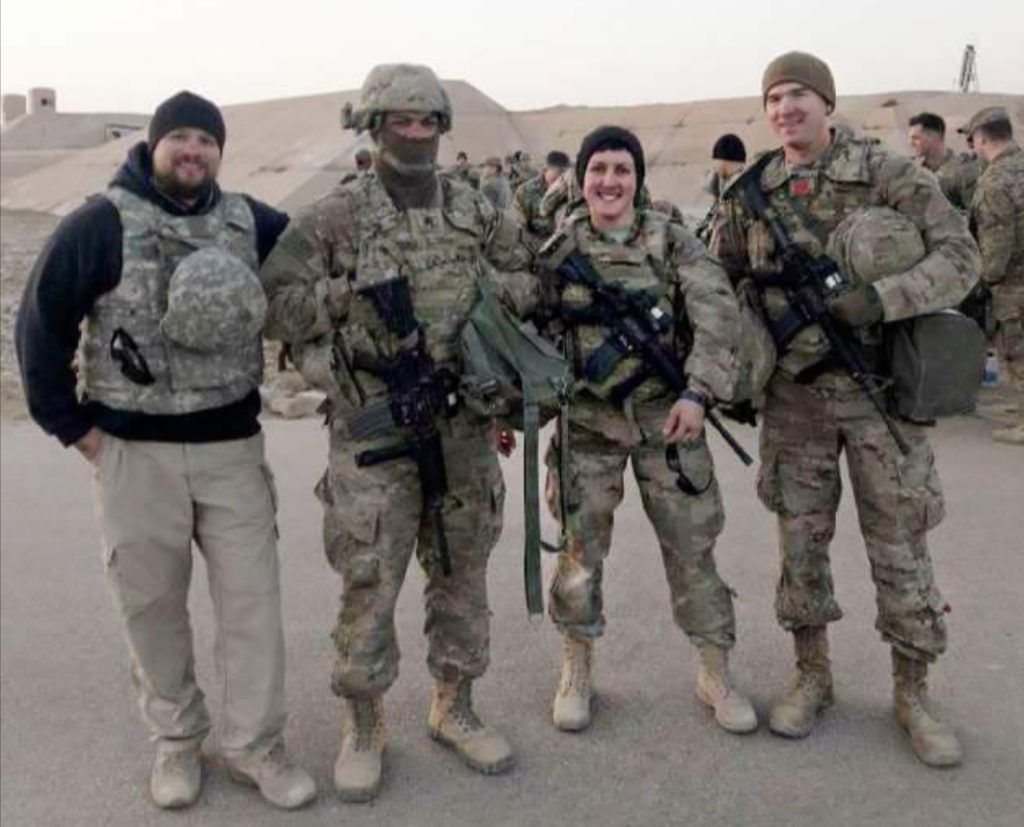 In October of 2016 Corey Smith, Quality Manager for All Tech Electronics and a member of the New York National Guard, was called to service on a yearlong deployment. All Tech knew that this was a possibility when they hired him and stepped up to the challenge, providing Corey with a temporary replacement whom he could train before he left. While in the Middle East Corey encountered many situations where the equipment used in the field was supplied by All Tech customer base. With the knowledge of All Tech’s military-grade products and commitment to quality, he felt safer knowing that these components were tested against such high standards and interdentally approved by himself.

During his time away, All Tech was in touch with Corey’s family and often sent him care packages to show their support.

Corey’s service lasted until September of 2017 when he returned to New York and found his old job waiting for him. All Tech gave Corey ample time to adjust back to civilian life and was understanding if he needed extra time off. Shortly thereafter he nominated All Tech Electronics for the Patriot Employer Award and on March 13, 2018, on behalf of the Office of the Secretary of Defense Corey presented the Award to All Tech. 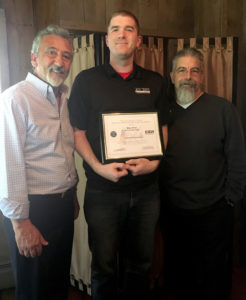 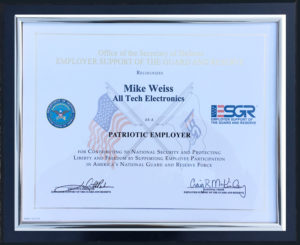 Posted in All Tech Electronics News on Thursday, January 1st, 1970